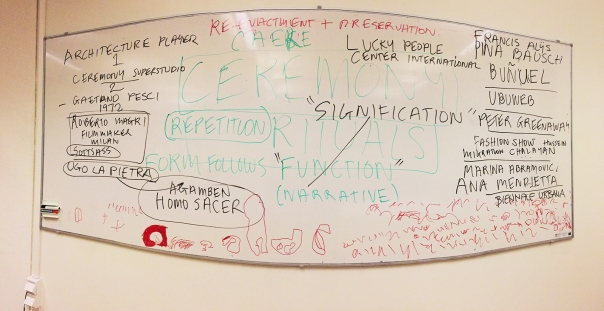 In this concluding discussion held on the 24th of November, we considered what kind of public ceremonies could serve to advance the project on Reconciliation Architecture : we wanted to understand what kinds of alternative ceremonies were possible. The epistemological origins of ceremony can possibly be traced to the Etruscan origins, ( a reference to the ancient rites performed by the Etruscan pontiffs at Caere, near Rome. [known today as Cerveteri] http://www.dictionary.com). The Etruscans, especially if one gives credibility to the imaginative literary reconstructions by D.H. Lawrence, would have invented through assimilation of contemporary colonial Greek rituals, the colourfully agonistic events organised to mark funerals and other sacred events.

While ceremonies today  often carry associations with totalitarian mass rallies and global sports spectaculars, their critical potential remains largely untapped.  How do ceremonies act to glue  together society with the  concrete world, its architecture, monuments, landmarks and  effigies?  … and finally how do we imagine or collectively assemble ritualistic actions that can offer alternative readings, or alternative significance to existing built contexts?

We began by unpacking the modern ceremony itself, its repetitive and “functional” narratives… and its role in giving “significance” to public objects, landmarks, monuments.  I put together a playlist featuring a number of experimental films for future viewing: Superstudio’s “Ceremony” 1972, which can be viewed on line courtesy of Architecture Player:  http://www.architectureplayer.com/strips/the-filmic-emergence-of-new-behaviors-out-of-the-supersurface (commissioned for the 1973 Triennale Design exhibition in Milan)

As well as Ugo La Pietra’s “Re-appropriation of the the City” 1977, made for the Centres Georges Pompidou, and available through the artist’s archive: https://vimeo.com/11457755 . 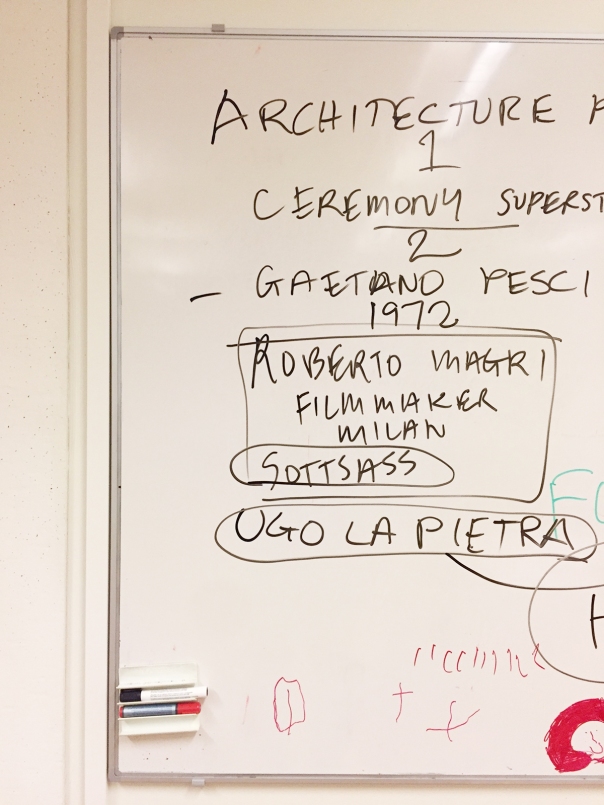 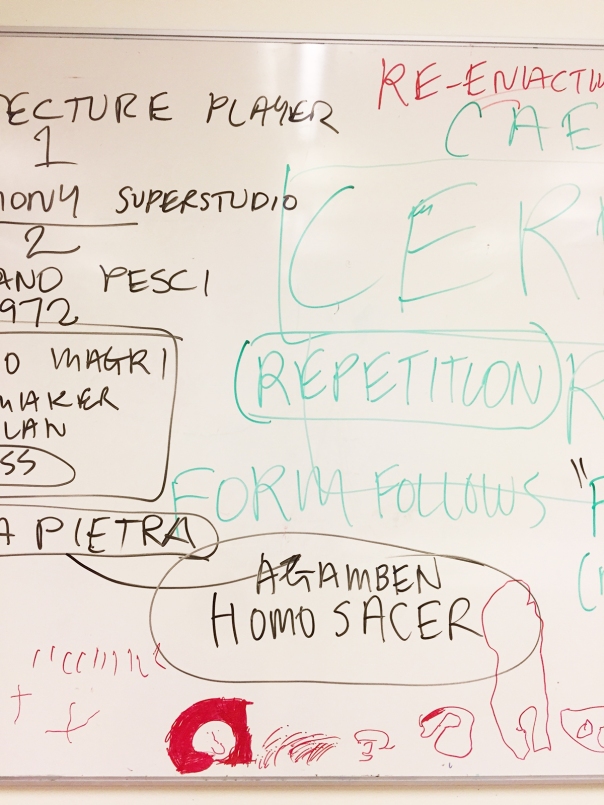 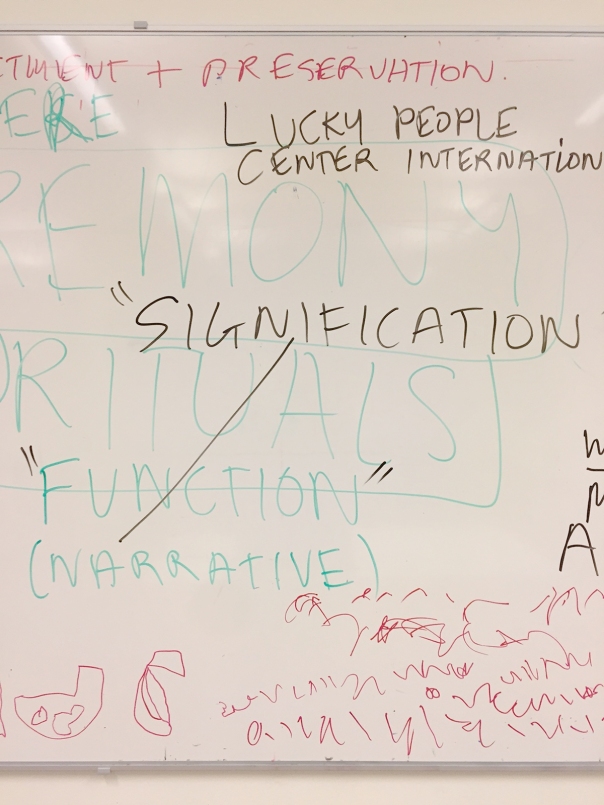 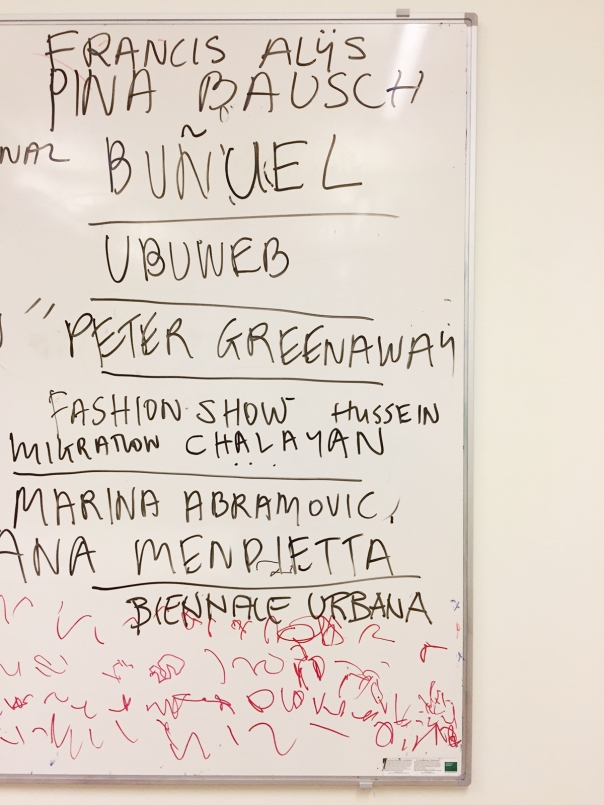 1 thought on “Ceremonies for Public Space #3”